Unpublished Novels for Children
The Bremtu Prophecy by David Applegate

Published General Fiction
Where I Lost Her by T. Greenwood
Casualties by Elizabeth Marro
Gifts Unexpected by T.C. Grant

Published Historical Romance
To Tame the Wind by Regan Walker

Published Poetry
The Sky Is Not the Limit by R.T. Sedgwick
Tender Collisions by Marianne Smith Johnson
Miss Desert Inn by Ron Salisbury

Published Self Help/Psychology
Seth, Our Journey Through Addiction, Heartbreak and Hope by Karin Murphy
Your Living Legacy: How Your Parenting Style Shapes the Future for You and Your Child by Shelli Chosak, PhD
Next! A Matchmaker’s Guide to Finding Mr. Right, Ditching Mr. Wrong, and Everything In Between by Barbara Summers with Carey Blakely

Published Sci-Fi/Fantasy
The Glass Gargoyle by Marie Andreas
The Cave Maze by C. A. A. Allen
Phoenix Dawn: All These Worlds are Yours by Dan Letchworth 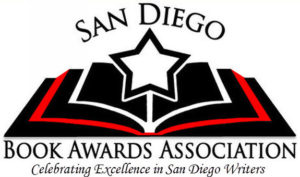