Tips for Winning “Best in Show” Book Awards: An Interview with Richard Louv

Excellent books are inspiring, entertaining, and highly educational. They have the power to
change the world. 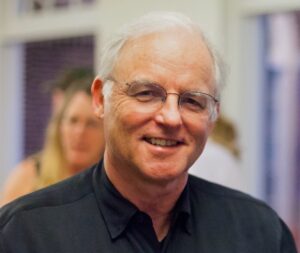 Richard Louv, winner of the San Diego Book Awards Association’s (SDBAA) 2020 Geisel
Award for best-in-show, shares not only how he wrote the book that The New York Times Book Review hailed as “a book that offers hope” but how his work launched an international
movement.

Write for a Specific Reader

SDBAA: Congratulations on winning the 2020 Geisel Award for Our Wild Calling: How Connecting with Animals Can Transform Our Lives―and Save Theirs! Let’s start by setting the stage. Who is your ideal reader for this book?

Louv: Anyone who cares about the natural world and who seeks a deeper understanding of our bond to other animals.

SDBAA: What ideologies or perspectives did you challenge with Our Wild Calling?

Louv: The human disconnection from nature, which I called “nature-deficit disorder” in “Last
Child in the Woods,” expressed as “species loneliness” in our separation from other animals. I
also challenge traditional environmentalism, which, I argue, has focused too much on data and
not enough on what I call, in this book, the “habitat of the heart.”

Draw from Your Essence, Experience, Research, and Passion

SDBAA: You are a journalist and prolific author with 10 published books to date. Your books
have been translated and published in 24 countries and helped launch an international movement to connect children, families, and communities to nature. What inspired you to advance this movement?

Louv: Early motivation in my childhood came from my sense that nature experience—particularly with my dog, Banner, and other animals—was fundamental to my essence. As I grew older, not only did this intense connection continue, but it became one of the topics that I most frequently wrote about as a journalist and newspaper columnist.

Over time, interviewing children and families across the country, I noted what I later called
“nature-deficit disorder.” I also began to learn about research that showed a connection between nature experience and mental, physical, and I believe, spiritual health. I could not accept that children and families in the future would not have a chance to build the bond with the natural world that I had been privileged to experience.

SDBAA: Can you share your author journey? What obstacles did you face in your early author
career, and how did you overcome them?

Louv: The typical obstacles that all beginning authors face. In terms of overcoming them, I
persisted.

Writing Talent Has No Age Constraints

SDBAA: What was your first published work? Where did it appear?

Louv: I had a column in a local community paper as a 13-year-old.

Muster the Courage to Take the Risk

SDBAA: Have you taken a significant risk as an author that paid off? If yes, what was the risk,
and how did it pay off?

Louv: The risk with every book is the dedication of several years of your life that may or may
not lead to a successful book, either critically or financially.

SDBAA: Do you have any words of wisdom for emerging authors?

Louv: A few years ago, I worked with a national awards program called Leadership for a
Changing World. Sponsored by the Ford Foundation, it honored grassroots leaders who were
making life better in communities of hardship and possibility.

That program continued as an initiative of New York University/Wagner. Curiously, these
inspiring people did not think of themselves as leaders. But surely they practiced the kind of
leadership we need most.

My job was to advise the award-winners on how to best frame and communicate their issues. As part of that work, I put together a list of characteristics of what I considered Leadership Writing. In 2020, these principles may seem archaic, even naive, but I continue to believe in their effectiveness and practice them. I hope these 15 principles are useful to you.

Also, as you read the work of journalists, columnists, bloggers—or listen to the speeches of
politicians—ask yourself if they exhibit these traits. My favorite leaders do.

Richard Louv highlights how the best literary work is a culmination of experience, connection,
passion, and the quest to make a difference in the world. The San Diego Book Awards Association and our team of dedicated judges were honored to bestow him the 2020 Geisel Award for Our Wild Calling, which Psychology Today calls “a game changer.”

If you have been yearning to write a book, wait no longer. Take the risk and change the world.

Richard Louv is a journalist and the author of ten books. Translated into 20 languages, his
books have helped launch an international movement to connect children, families, and
communities to nature. He is co-founder of the nonprofit Children & Nature Network. In 2008, he was awarded the Audubon Medal. Prior recipients have included Rachel Carson, E. O. Wilson, and President Jimmy Carter.

About Our Wild Calling

Richard Louv’s landmark book, Last Child in the Woods, inspired an international movement to connect children and nature. Now Louv redefines the future of human-animal coexistence. Our Wild Calling explores these powerful and mysterious bonds and how they can transform our mental, physical, and spiritual lives, serve as an antidote to the growing epidemic of human loneliness, and help us tap into the empathy required to preserve life on Earth.

About the Geisel Award

The Geisel Award is the top honor for best-in-show at our annual San Diego Book Awards
competition. The distinction is named after the late Theodor “Dr. Seuss” Geisel, who wrote
many of his loved and highly acclaimed children’s books when he lived in La Jolla, California.

The submissions window for the 2021 San Diego Book Awards competition is from 10/1/20 to 12/31/20. Enter your book today! Please visit our submissions page.

If you are interested in participating as a judge, please visit our judging page.